My number one mind blowing take away from #LaunchKids, Digital Book World 2014:

"67% of U.S. children aged 2-13 are now reading digitally. That's up 54% from last year according to PlayCollective & Digital Book World."

What Is A Digital Book Worth?
Carisa Kluver, The Digital media Diet


"Dominque Raccah, CEO of Sourcebooks, agrees. The Naperville, Ill.-based publisher’s “Put Me In The Story” program met with tremendous success since launching in November 2012, enjoying a 100% increase on its revenue goal last year.
But Raccah said the more significant statistic is the 85% of customers surveyed who intend to come back. “That’s when I knew we had a business,” she said.
Raccah attributes that to a fully integrated digital ecosystem. Some 40% of significant user interactions with “Put Me In the Story” products are app-based, and key app titles are driving conversion of print."

10 Things You May Not Know About Ebook Pricing
Techcrunch, Rachel Willmer @rwillmer


From Page Flip to Screen Swipe: 10 Keys to Ebooks & Learning by Jeremy Greenfield

From Page Flip to Screen Swipe: 10 Keys to Ebooks and Learning (Digital Book World and PlayCollective) from Publishers Launch Conferences

Let's Be Friends: Being A Social Writer & How Publishers Can Help Authors Connect With Readers (good platform building information)

Let’s Be Friends: Being a Social Writer—and How Publishers Can Help Authors Connect with Readers (Sarah Mlynowski) from Publishers Launch Conferences

In The Niches: market Verticals Reap The Rewards Of Scale by David Nassbaum, @dnussbaum (Publishers Launch May 2013)

David Nussbaum - In the Niches: Market Verticals Reap the Rewards of Scale from Publishers Launch Conferences


Enjoy the read! If you have links to interesting posts, please let me know.

Posted by Cynthia Jabar at 6:12 PM No comments:

Let's Do This: Inspiring Kids To Tell Stories & Code

2013 appeared to be a tipping point for the importance of teaching kids to code. Robot Turtles became the most highly funded board game on KICKSTARTER. Edutopia listed 7 Apps For Teaching Children Coding Skills. Fast Company & Wired and others wrote about the Google & Apple alums who created the "adorable robots" that teach kids to code. Computer Science Education Week's HOUR OF CODE initiative was backed by President Obama:

22,470,816 people participated. 737,999,347 lines of code were written by students.
So why is this important to the publishing industry? Metadata, ebooks & user generated content.
By 2020 computer related employment is expected to rise by 22%. Some of those jobs will be in publishing. Publishing needs digital storytellers & editors. The world needs stories.


“Thus I rediscovered what writers have always known (and have told us again and again): books always speak of other books, and every story tells a story that has already been told.” ― Umberto Eco, Postscript to the Name of the Rose

In order to meaningfully participate in an ever increasing digital world, kids need to become creators of content and not just passive consumers. Kids need to be more than data, they need to be able to tell their own stories digitally by learning how to code. They're the future of publishing. Let's inspire them. Let's do this. 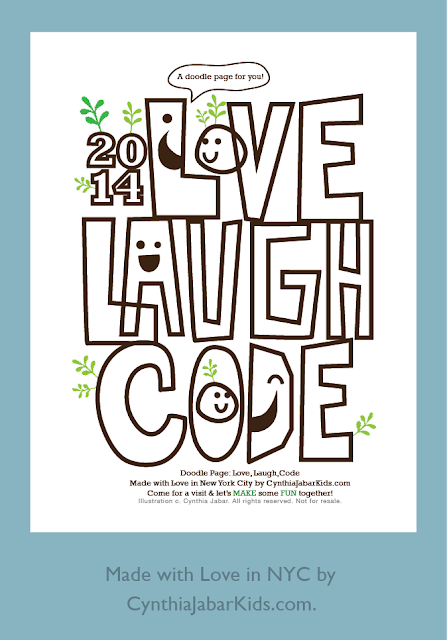 Posted by Cynthia Jabar at 9:30 AM No comments: