Kids as Creators, Not Just Consumers

At the ReadWriteWeb2WAY Summit held in New York June 13-14, Andres Monroy-Hernandez, a PhD Candidate at MIT and creator of the online community around the programming language SCRATCH asks, "how can we empower kids to be builders and makers?"
READ THE ARTICLE HERE.


CHECK OUT SCRATCH HERE.
Posted by Cynthia Jabar at 10:03 PM No comments:

NOTES
There are some inspiring people working to change the world with games that create social action.
The Games For Change festival site calls them the "most socially conscious and geekiest do-gooders in the gaming arena".
Watch the lovely geeks here on G4C2011 LIVESTREAM.
You can read The BLOG here.

CLOSING KEYNOTE: Prior to starting Schell Games in 2004, Jesse was the Creative Director of the Disney Imagineering Virtual Reality Studio, where he worked and played for seven years as designer, programmer and manager on several projects for Disney theme parks and DisneyQuest, as well as on Toontown Online, the first massively multiplayer game for kids.
FOLLOW: @jesseschell

He also played this video of Fred Rogers defending PBS to the US Senate. Very touching remarks about the importance of acknowledging chlidrens' feelings.


Posted by Cynthia Jabar at 2:24 PM No comments:

"According to the 2011 Social Commerce Study from Shop.org, purchase behavior fueled by social media is on the rise:
It all makes sense, of course. We all should be able to purchase products and services in the same stream where we recommend them (or warn people off). Or put another way, if recommendations from family and friends are amongst the most trusted sources for purchase decision then putting those recommendations right on the store shelf makes sense." - John Bell, The Digital Influence Mapping Project
YOU CAN READ THE ARTICLE HERE. 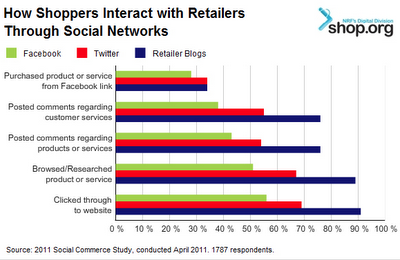 "Inevitably, Facebook will play a significant role either by embedding storefronts in the social network or by connecting Facebook to every sell-point available." -John Bell

READ "The Key Trends in Social Commerce" by Lauren Fischer here.
Posted by Cynthia Jabar at 4:47 PM No comments:

I like this presentation from the folks at VisceralBusiness.com.
You can follow Anne McCrossan (@Annemcx) a founding partner and "tribal linchpin type and TEDster who lives in Wimbledon."

I really dig the music too.

Posted by Cynthia Jabar at 4:31 PM No comments: 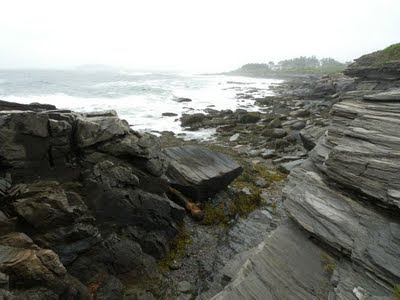 Posted by Cynthia Jabar at 11:58 AM No comments: