Shareaholic released a Social Media Traffic Report based on 200,000 publishers over 13 months.
What they found might surprise you.


"Facebook, Pinterest and Twitter are dominating. These three social media power players collectively accounted for 15.22% of overall traffic last month. Given their community and share-friendly nature, it’s no surprise that they top the list in traffic referrals and have grown more than 54% each in share of overall visits. Facebook grew 58.81%, Pinterest by 66.52% and Twitter 54.12%. Pinterest’s growth is especially interesting now that the company is flirting with paid advertising." 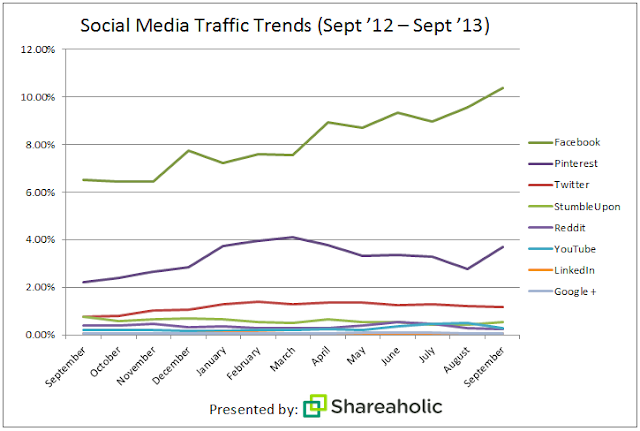